The Indian Army is the largest and the oldest branch of the Indian armed forces. It trains the individuals to fight on land and consists of various divisions including the infantry, the artillery, the armored corps etc. Besides these combat divisions, the support division in the army includes the supply corps, the engineers, the ordinance supply corps, military intelligence and medical staff etc. The primary responsibility of the army is to safeguard the geographical boundaries of the country and to capture enemy territory in the event of a war.

The army training includes both offense and defensive operations. In addition to the primary responsibility, the army is also called upon in peace time to aid in relief and rescue operations during natural calamities and for counter insurgency. The career opportunity available with Indian Army is enormous. Nowhere else you will get such phenomenal opportunities to constantly upgrade your skills. The army recruits candidates both for its technical and non-technical branches.

How to join the Indian army?

There are many ways of getting selected in the Indian army depending on your age and educational qualifications.

The army is divided into various divisions. A brief description of the division and nature of duties is listed below:

The infantry consists of troops who fight the enemy on foot using equipment including from self loading rifles, automatic rifles, machine guns, grenades, mines, anti tank weapons, shoulder fired missiles and rocket launchers. Infantry troops capture and hold on to enemy positions or defend their own positions.

For high mobility, troops make use of transport including personnel carriers and jeeps. Elite commando units and paratroopers are also part of the infantry. Infantry officers and troops have to undergo intensive training in arms handling.

The artillery uses long range field guns, multi barrel rocket launchers and missile for their maneuvers. The role of the artillery is twofold. In civilian areas the artillery uses weapons such as anti aircraft guns and surface to air missiles to protect sensitive locations such as dams, airfields, oil rigs, power generating stations, ports etc from attack.

On the warfront the artillery uses long range field guns, multi barrel rocket launchers and missiles for their attacking and defensive operations.

The armoured corps consists of battalions of tanks and other armoured vehicles. The armoured corps can advance swiftly and are used to capture enemy territory along with the infantry. They can also defend positions by engaging enemy tanks in battle. Armoured corps is considered to be one of the most prestigious divisions of the army.

The primary responsibility of the army engineers is to quickly construct roads, bridges, airfields, helipads etc so the all the three sections of defence forces can advance rapidly. Engineers also destroy enemy bases and cause obstacles for the advancement of enemy troops. Besides these they also lay minefields and clear enemy minefields, defuse explosives and construct other infrastructure for the combat troops.

The officers and men in the signals regiment are responsible for the quick implementation and maintenance of communication links between the army headquarters and the forward positions during war time. Besides this they are also responsible for electronic warfare.

The armed forces have a large number of equipment ranging ranging from simple rifles to sophisticated missiles. Electrical and mechanical engineers are responsible for the maintenance of all the equipment of the armed forces and ensure that it is always in peak condition. The officers in this service include engineers from the field of mechanical, aeronautical, electrical, electronics, and communication engineering.

The officers of this branch are involved in the collection, analysis and interpretation of information about the enemy troops including their movements and plans. Officers in the intelligence corps specialise in encoding and decoding messages, analysis of pictures taken by aircraft and satellite, data collection and analysis.

The ordinance corps is responsible for procurement, storage and maintenance and issue of types of military equipment including ammunition and spares.

The army medical corps includes doctors who provide medical care for the families of troops and officers of the armed forces. During a conflict they provide emergency medical care to the wounded officers and troops on the battlefront.
The armed forces train their own doctors and nurses at the Armed Forces Medical College and College of Nursing respectively. They also induct doctors from other medical colleges.

The nursing officers nurse the officers, troops and their families in the hospitals and clinics of the armed forces.

The responsibility of the dental officers is to provide dental care to the personnel of the armed forces and their families.

The personnel in this service are responsible for looking after the postal requirement of the army. All money orders, personal letters and general mail is handled by the postal services.

Personnel of the military police are responsible for maintaining discipline and order among the troops of the armed forces.

This branch inducts law graduates to provide legal help to the army for handling various civil cases as well as disciplinary action against armed forces personnel.

Some regiments of the army use animals such as horses, mules and dogs. The officers of the veterinary corps ensure the well being of these animals.

The unmarried, male candidates, who have passed 10+2 with PCM subjects and fulfil the Eligibility for the grant of permanent commission in the Army after 5 years of technical military training with the prescribed terms and conditions, are invited from tinie-to+-time through advertisement in the Employment News and other prominent national dailies

Educational Qualification : Candidates who have 10+2 (PCM) certificate with minimum 70% aggregate marks in PCM are eligible for this entry.

Type of Commission : On successful completion of course, cadets are granted permanent Commission in the rank of Lt in the Army in Technical branches i.e. EME, Sings, Engrs.

Training: Total training is for a period of 5 years, as under:

c) Award of Degree: The candidates are awarded Engineering after successful completion of st Pay Scale III of Training.

Cost of Training: The entire cost of training including bonks and reading is borne by the Army, cadets are also provided with free clothing and
Selection Procedure is as follows:

(a) Shortlisted candidates are called for Services Selection Board (SSB) interviews at Bhopal , Bangalore or Allahabad .

(b) Duration of SSB interviews is five days excluding day of arrival. During their stay at SSB, candidates are put through psychological Tests, Group Tests and interviews.

(d) Successful candidate at the SSB are required to undergo medical tests lasting 3 to 5 days less Sundays and Gazetted holidays.

(e) Candidates recommended by the SSB and declared medically fit, arc nominated for training in the order of merit, depending on the number of vacancies.

(f) One second class return fare is admissible for the interview (To and Fro)
Stipend/Pay and Allowances: The candidates are given a stipend of Rs. 8,000/ – P.M. as is admissible to NDA cadets on completion of 3 years training. On completion of 4 years training they are commissioned in the rank Lt and entitled to pay scale as admissible to the rank. How to apply: Application forms in accordance with the prescribed format and complete in all respects is to be sent to the following address ADG Recruiting 10+2 (TES) Entry, West Block-Ill, RFC Puram, New Delhi 110066.

Army professionals get lucrative remuneration for a great lifestyle. Salary of an individual depends on the rank he/she holds.

The promotion policy followed in the army is well defined and is of two types:
1. Substantive Promotions: The service limits for substantive promotion to higher ranks is as follows
>2. Acting Promotions: Officers are eligible for acting promotions to higher ranks on completion of the minimum service limits as given below. In such cases they will only get the rank pay and not the substantive pay of the rank.
Pay and Allowances (Permanent Commission)
Stipend during Training: Rs. 8000/- per month to all IMA & OTA Gentlemen Cadets

Application for a particular position should be made to appropriate authority. The advertisement in this respect is published from time to time in the employment news and in several leading national and regional local dailies. The tentative dates of advertisements are given in the eligibility section. Other details regarding the selection for a particular entry is also described in the eligibility section.

The individuals may either be selected for short service commission or for permanent commission. A Permanent Commission means a career in the Army till you retire. For a Permanent commission you have to join the National Defence Academy or the Indian Military Academy. For more information about NDA entrance examination and other defense services examinations, click here

Apart from these recruitments under short service and permanent commission, the Army conducts rallies at various centres all over the country for selecting candidates to various ranks available in its various divisions. 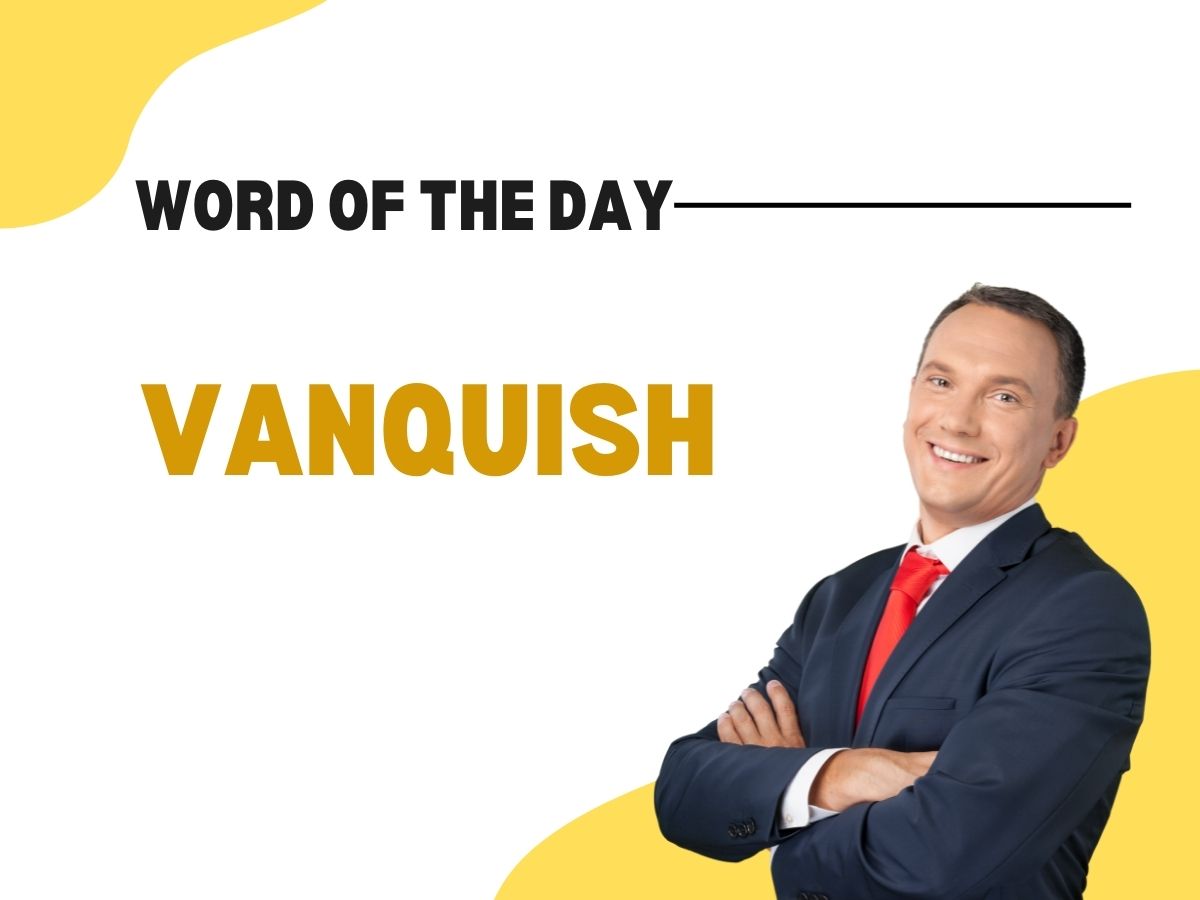